Jack Heard was picked to represent England School Boys this September at the ESFA Danone World Cup but if it  wasn’t for a Warrington football coach he could well have never played football again.

Jack was scouted for Tranmere Rovers and spent almost three months at their Academy but a coach at the club told Jack he wasn’t going to make it because he ran funny.

As you would expect this knocked the 12 year olds confidence and saw the young hopeful go into his shell and underperform.

Eventually the club released him and Jack decided he wasn’t going to play football again.

Father Gareth and mother Maureen were desperate for him to have another go but understood they were going to need external help to rebuild Jack’s confidence and get him to a stage where he was comfortable to play again.

“During a lengthy conversation with Imtiaz, I explained what had happened to Jack to see if he could help him. He said he could so we brought him from Liverpool to train with Imtiaz twice a week. Imtiaz put into place a strict training regime for Jack and explained to him that no matter what anybody else had told him he needed to listen to him now. Jack responded and we are very grateful for that.” Gareth said.

“When I first saw Jack,” Imtiaz reports,” I could see his confidence was hugely affected but I also saw a boy that loved football and is actually a very good player. I developed a program that would help rebuild Jack’s confidence, rekindle his love for playing competitively and improve his skills and speed.”

After just six training sessions dad Gareth reported that he could see a change in Jack’s attitude so he entered him into the Merseyside Champions League, where the best teams in Merseyside battled it out to be crowned champions. Jack’s team won the competition and this gave Jack a huge lift.

He decided to play again for his school team, Cardinal Henan who he had helped reach the knock out stages to see which team were going to represent England at the Danone World Cup.

Needless to say Jack’s team won that competition too and were taken to Wembley in September to represent and play for England School Boys.

Jack had the opportunity of a lifetime to meet Paul Ince and be coached by John Scales during the tournament and also got to meet three times World Player of the Year, Zinadine Zidane.

Striker Academy’s Imtiaz Jamil stated, “It doesn’t matter what anybody else tells you. If you believe you can become a great player then your next step is going and proving it to yourself. Although Jack was really hurt and deeply affected by the coaches’ comments he was able to see that just because people have different opinions it should not hold you back from your dreams.”

Jack is thoroughly enjoying his football again and is now planning on trialling for Everton, his boyhood dream club. 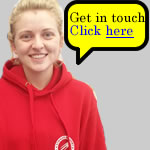